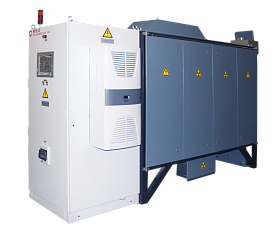 Principle of operation of X-ray transmission sorters is based on the property of the materials to absorb X-ray radiation. The diamond consisting of carbon, which is light element with atomic number 6, absorbs less X-ray radiation compar-ing to the ancillary minerals, which contain heavier elements such as silicon, cal-cium, magnesium, oxygen, iron, etc.

In order to avoid the influence of different thicknesses of the particles to the measurements’ result, we perform consistent measurements for two different values of X-ray radiation energies.